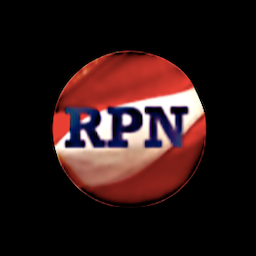 What is The Republican Party Network?

The Republican Party Network (RPN) is a 50-States populist movement to restore our Constitutional Republic.  If our Constitutional Republic is to survive, we must restore Jeffersonian Republicanism.  Jefferson must be restored as the legitimate icon of the Republican Party.  The GOP must become a conservative party of activists ready to educate, advocate, organize, and mobilize voters to support the basic values as written in the Declaration of Independence. 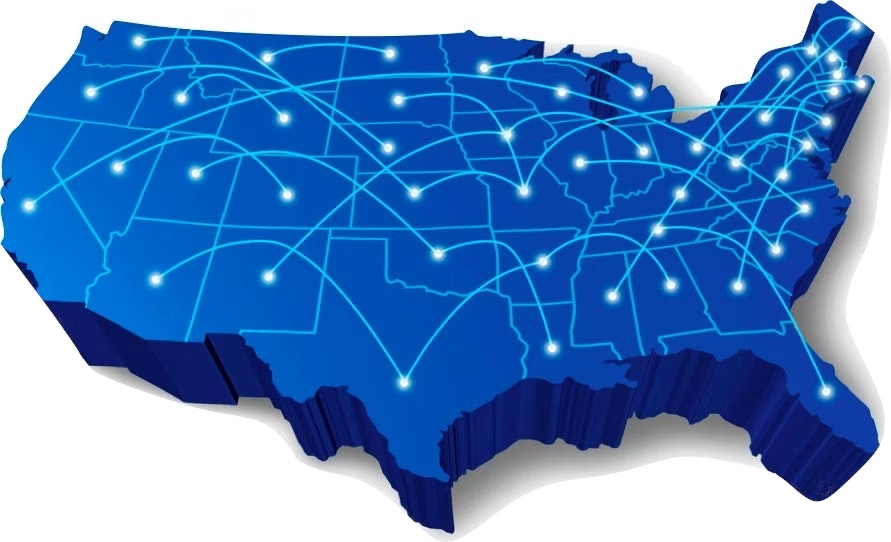 Break free from the GOP's top-down corporate policies and have immediate access to conservatives from the 50-States in a highly energized and interactive community.

By unifying conservatives and conservative organizations, we can educate, advocate, organize, and mobilize to restore election integrity, the dignity and self-worth of the family, and the safety and civility in our communities. 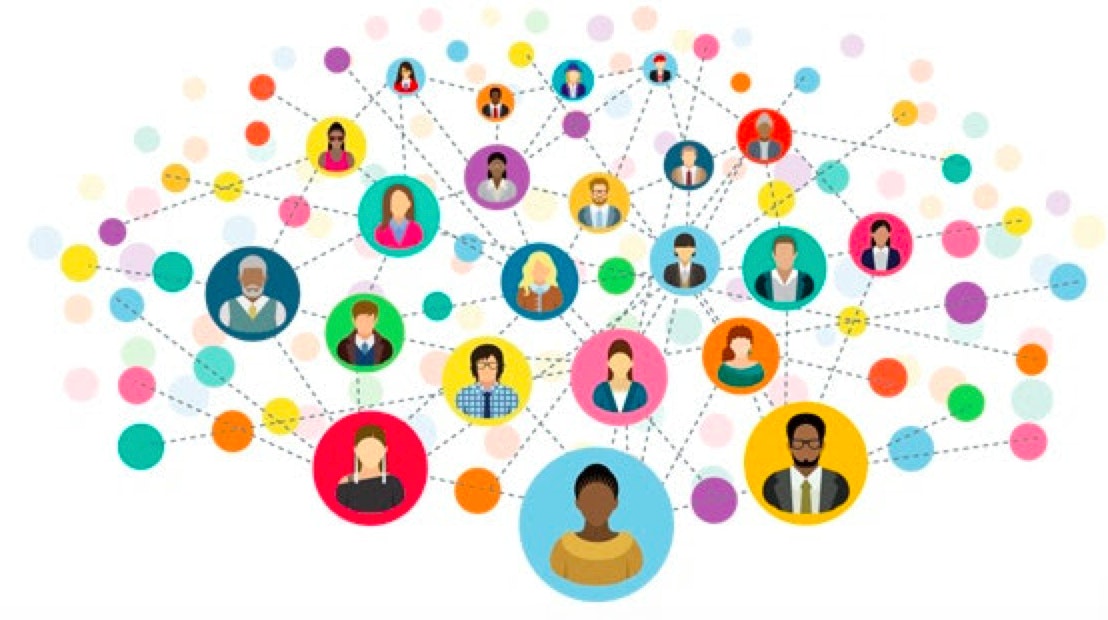 You are invited to become a member of the Republican Party Network (RPN) Community and join with conservatives to take the cause of liberty to our local communities and neighborhoods.

With your membership and support, we can restore the GOP to a values-driven party, where faith, family, and freedom drive the election of conservative candidates.

We will make the GOP a fighting machine by restructuring the Republican Party as a 50-States network. Republicans don’t have to be satisfied with just a win. It’s time for complete victory.

Changing the structural design of the Republican Party challenges the status 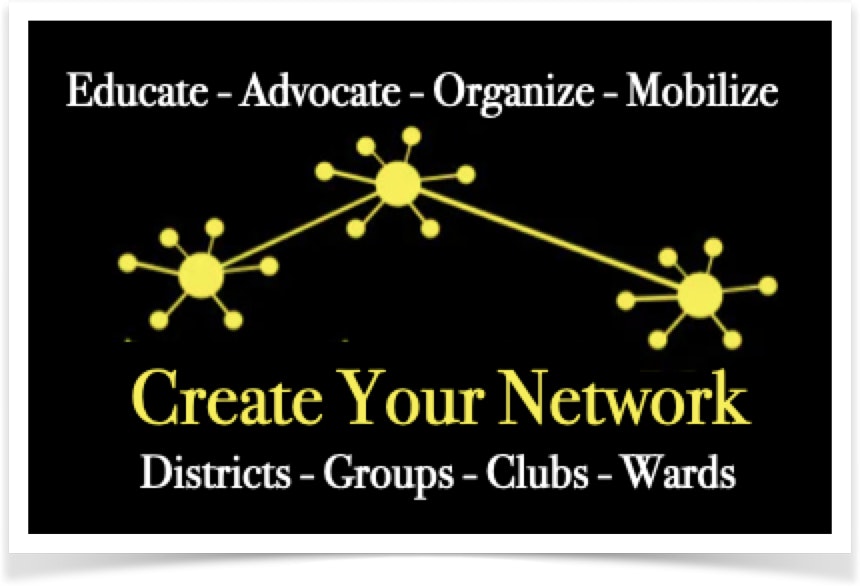 quo. Moreover, it threatens GOP leadership, especially if it is a network design that decentralizes decision-making and distributes leadership throughout the GOP.

To win an election is one thing, but to replace the bureaucratic welfare state with our Constitutional Republic requires a powerful local and state national network.

We are in a war of attrition with the Democrats, and to win, we must restructure and change how the Republican Party is organized and operates.

Thousands of unelected bureaucrats and Democrat staff members who constantly lobby and advocate for big government will not leave quietly. It will take a lot more than electing conservative Republicans. 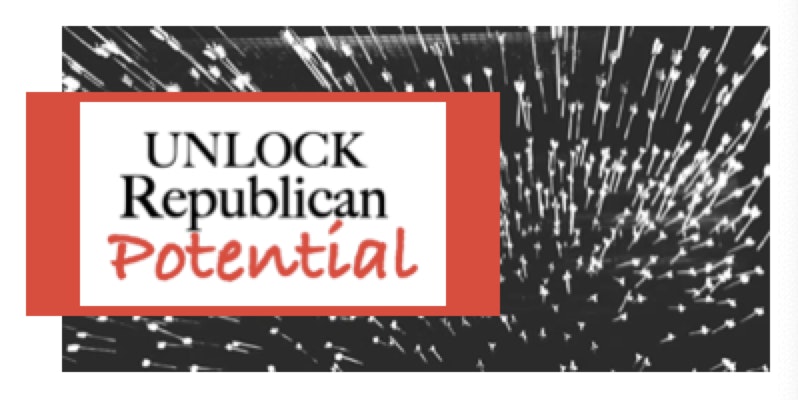 As with our Founding, it requires the people to educate, advocate, organize, and mobilize to take control of their Destiny. We will not defeat the Democrat Marxist if we only focus on the ballot box.  The Democrats have thousands of activists who are part of a local and state tightly woven network committed to capturing the hearts and minds of all Americans.   Top-down politics is quickly coming to an end and the GOP must change now.  It is time to unlock Republican potential.

What is Jefferson Civics? 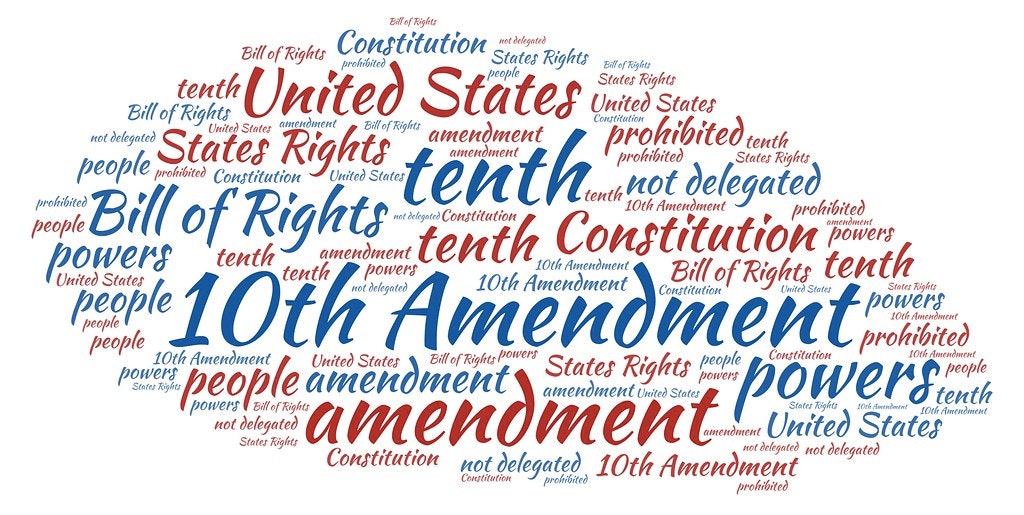 Jefferson Civics separates the truth from fiction. To set the record straight, Jefferson Civics provides courses, resources, coaches, videos, live events, and guest speakers to learn how to apply the fundamentals of our Republic at the local level.

Unlike other programs that only inform, with Jefferson Civics, you will understand how the Founders viewed our Constitutional Republic in their own words.

Jefferson Civics teaches you how to frame and advocate for issues, shows you the most effective way to organize your friends and neighbors, and strategies and tactics to mobilize for success.

The Founders possessed a rare combination of brilliance and common sense. These men realized a compromise on principle does not lead to peace and security. Our Founders also knew there was a time to discuss and debate and a time to organize and mobilize. Most of all, men like Thomas Jefferson, James Madison, and Thomas Paine knew that keeping the federal government in check required watchful due diligence through constant vigilance.

The way to have good and safe government is not to trust it all to one, but to divide it among the many. It is by dividing and sub-dividing these republics, from the great national one down, that all will be done for the best.

James Madison stressed the necessity to reserve all possible authority in the states and people, saying, "The powers delegated by the ... Constitution to the federal government are few and defined. Those which are to remain in the State governments are numerous and indefinite." 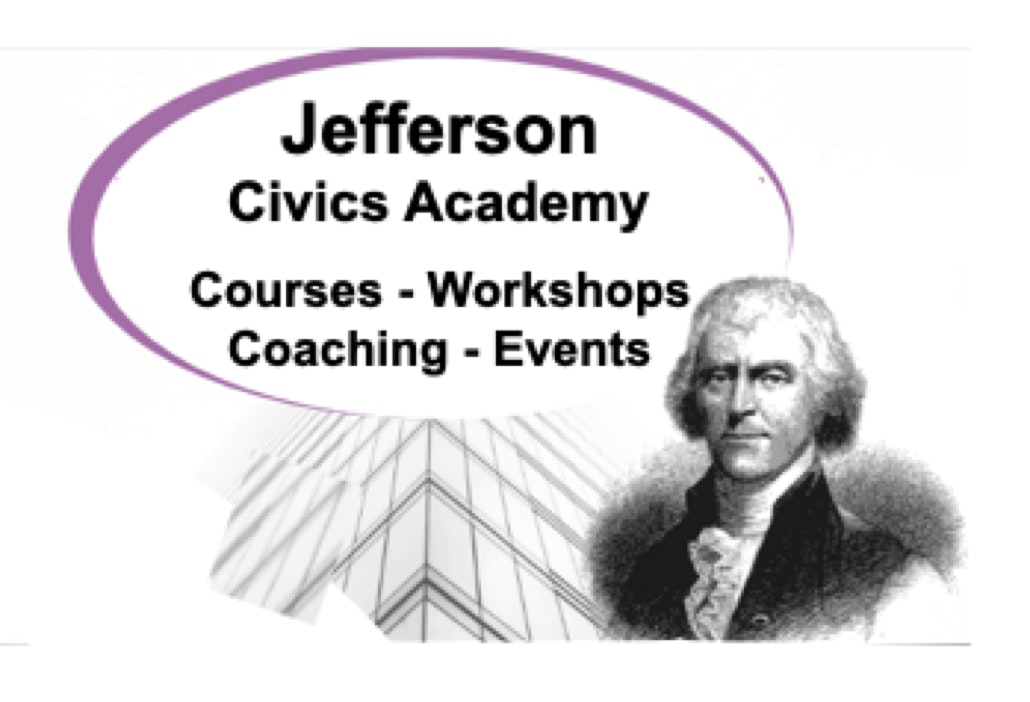 With your membership in the RPN you will focus on the real threats to our Constitutional Republic.  The RPN is the only Network Community applying the strategy and tactics our Founders used to win their Independence and create the greatest Republic in history.

With Jefferson Civics, you will have an opportunity to join with fellow Patriots to renew your commitment to the vision the Founders had for future generations of Americans.

What are Jefferson Wards?

One of the most powerful reasons to join the RPN is the opportunity to be part of a 50-States locally driven movement to restore our Constitutional Republic. Thomas Jefferson believed the WARD network for our communities was the most efficient and representative structure for providing essential services.

The WARD'S boundaries are structured so that the people in the WARD know each other and can perform services together. Services could include school districts, voting precincts, juries, and law enforcement.

Given so few people believe local government represents their interests, RPN members will have an opportunity to join together to create Jefferson Wards in their communities.

By joining the RPN you will plant the seeds of liberty throughout your community.  As an educator, advocate, organizer, and mobilizer you are part of Republican Jeffersonian movement to restore the original intent of our Constitutional Republic.

An Emergency Exists in the United States

We have a national emergency in America.  Antifa, Black Lives Matter, 1619 Project proponents, the transgender movement, and Critical Race Theory advocates are a well-funded coalition of organizations with one singular goal: Destroy our Constitutional Republic and replace it with a powerful central national government.

When you boil it down, we have two fundamental choices: We either continue to become dependent on the national government or educate ourselves and our friends and neighbors to advocate for independence and our GOD-given natural rights to control our own lives and determine our own destiny. 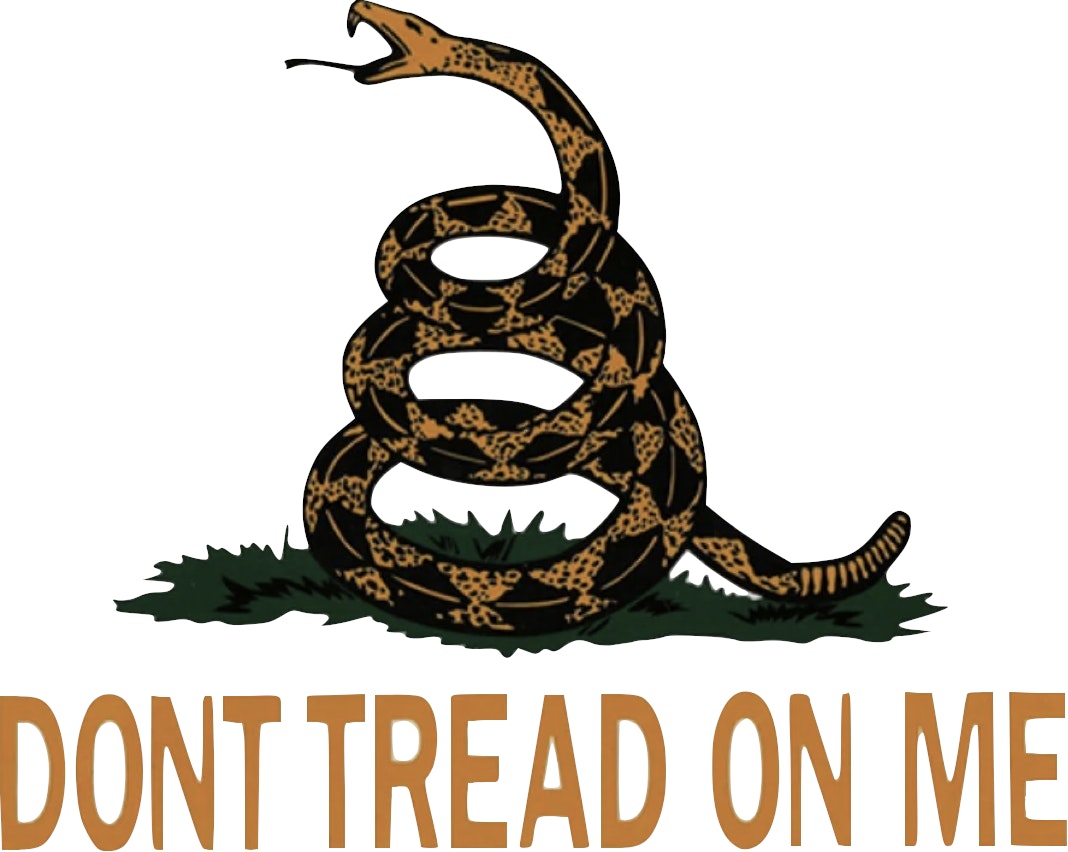 We are of all ages, from all backgrounds, and in every state and community. While we have diverse interests and opinions, we have one thing in common: to do everything in our power to defeat the growing national government which is working to eliminate our Constitutional Republic.

As Jeffersonian Republicans, we are working to capture the hearts and minds of individual Americans. To do this, we must educate, advocate, organize, and mobilize around our Declaration of Independence, Constitution, and Bill of Rights. With the same passion and enthusiasm of our Founders, the Republican Party Network Community is educating individual Americans on the real story of our country's founding and history through Jefferson Civics. 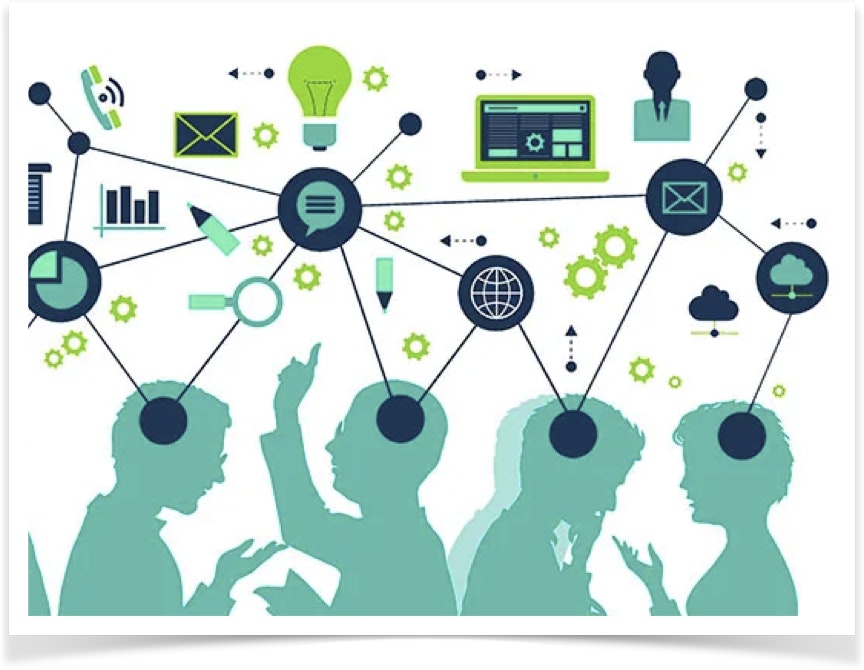 Like our Founders, the RPN is advocating for faith, family, and freedom at the local level by organizing and mobilizing our neighbors and friends. Through the RPN you will learn how to take the offensive, focus on issues that matter most, and transform the GOP into a conservative political force.

By joining the RPN, you are part of a breakaway movement to alter politics in America. No longer dependent on the government, RPN provides courses, training, expert speakers, and national meetings -- all designed to emphasize independence over dependency and our Constitutional Republic over the tyranny of the national government.

Experience exclusive content and conversations you can’t find anywhere else. The RPN connects you with conservatives in all 50-States through workshops, postings, courses, expert speakers, coaching, events, training, conferences, and national meetings. Below are just a few of the features waiting for you as a member of the RPN community. 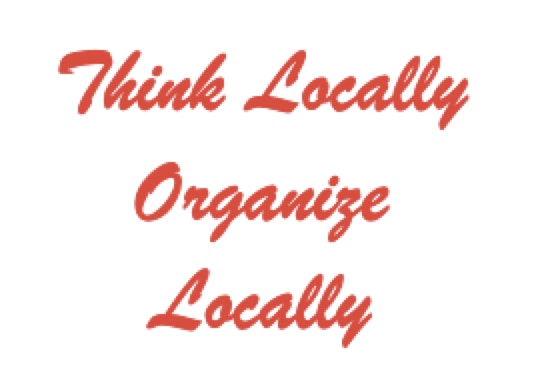 Network. Your network can be organized around legislative districts, precincts, Clubs, organizations, and local communities.  RPN members within each network are able to:

There really is no end to what you can do as a member of the RPN Community Network. So get involved.  Discover new and exciting opportunities to advance Jeffersonian Republicanism.

The RPN covers several key topics that other conservative organizations rarely discuss. These topics offer key strategies you and other RPN members 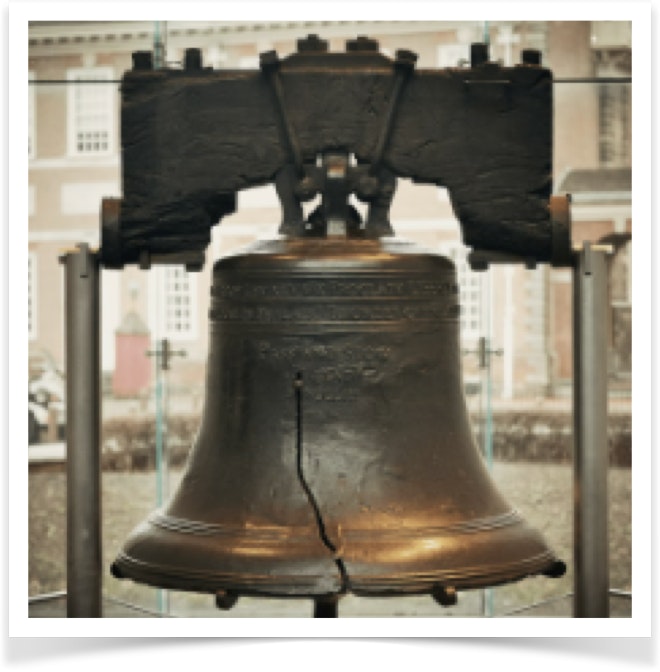 can apply in your organization or community. Below are a few topics the RPN will cover:

Keep Up With The Republican Party Network, LLC On The Go

The Republican Party Network, LLC is powered by Mighty Networks
Phone numbers from outside the United States may need to use a prefix (e.g. +44 XX XXXX XXXX). Available on iOS and Android. This site is protected by reCAPTCHA and the Google Privacy Policy and Terms of Service apply.
Choose a Plan
Choose Plan